Dilbert sits in his chair watching television. As he clicks through the channels with the remote control, he thinks, "Uh-oh . . ." Dilbert thinks, "I'm paralyzed by the television." Dilbert thinks, "I'm uninterested in the shows, yet I can't stop clicking through all the channels." Dogbert sits on his pillow in the other room. Dilbert shouts, "Dogbert! Help! Come quickly!!" Dilbert yells, "Do something! Knock the remote out of my hand!!" Dogbert tackles Dilbert's arm and the remote control flies out of his hand. Dilbert stands up and cries, "I'm free!! I'm free!!" Dogbert sits on the hassock clicking through the tv channels. 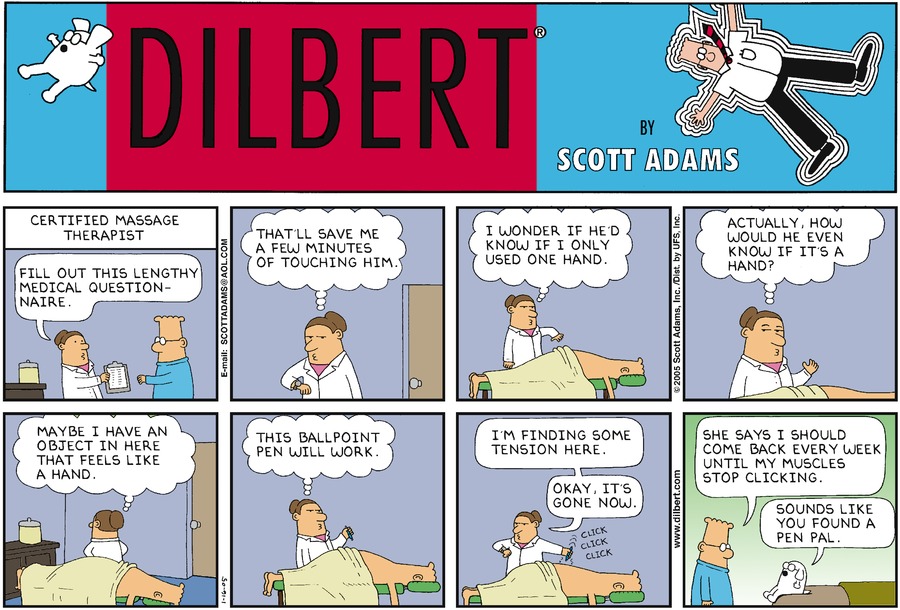 Certified Massage Therapist "Fill out this lengthy medical questionnaire." "That'll save me a few minutes of touching him." "I wonder if he'd know if I only used one hand." "Actually, how would he even know if it's a hand?" "Maybe I have an object here that feels like a hand." "This ballpoint pen will work." "I'm finding some tension here. Okay, it's gone now." "She says I should come back every week until my muscles stop clicking." "Sounds like you found a pen pal." 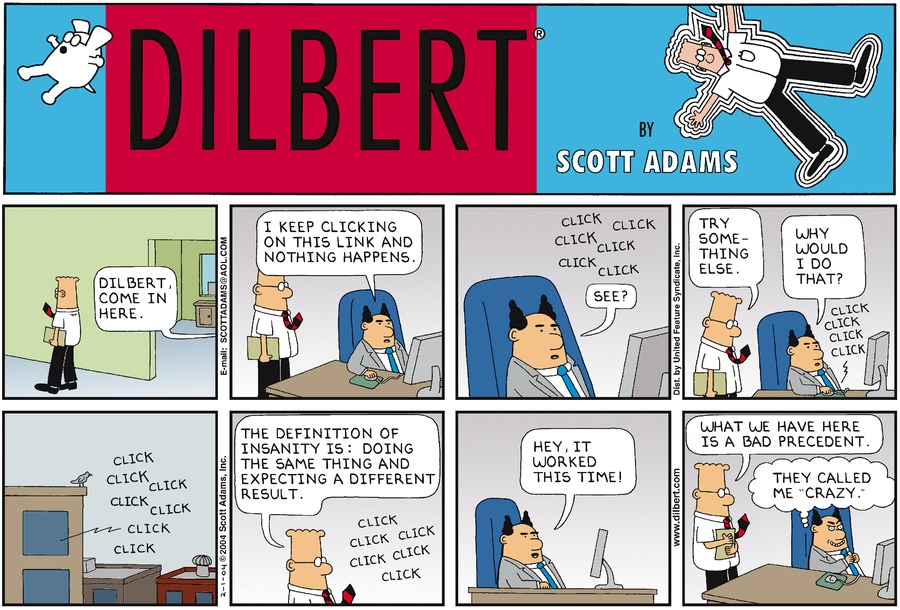 "Dilbert, come in here." "I keep clicking on this link and nothing happens." "Click click click click." "See?" "Try something else." "Why would I do that?" "The definition of insanity is: doing the same thing and expecting a different result." "Hey, it worked this time!" "What we have here is a bad precedent." "They called me 'crazy.'" 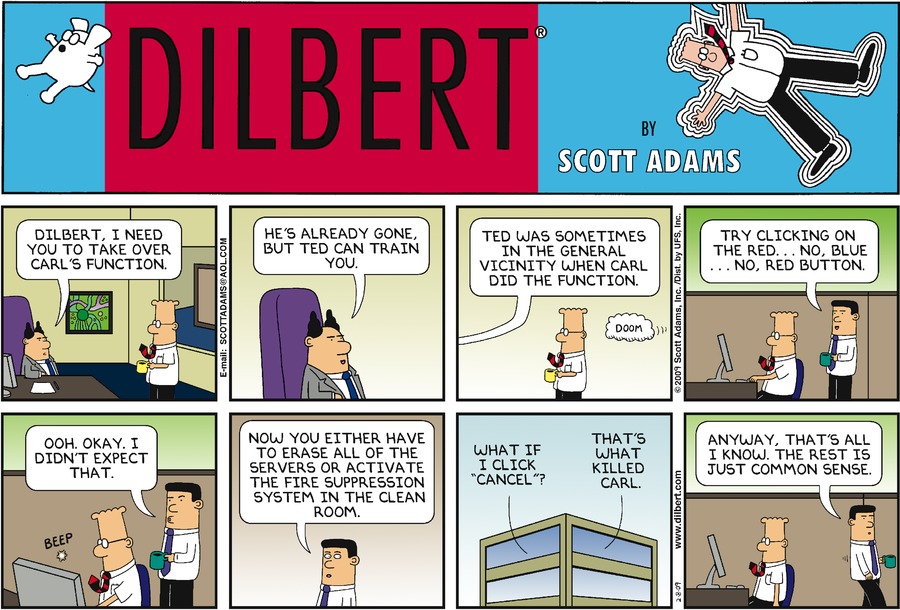 The boss says, "Dilbert, I need you to take over Carl's function." The boss says, "He's already gone, but Ted can train you." The boss says, "Ted was sometimes in the general vicinity when Carl did the function." a cloud says, "Doom" Ted says, "Try clicking the red...no, blue...no, red button." Beep ted says, "Ooh, okay. I didn't expect that." ted says, "Now you either have to erase all of the servers or activate the fire suppression system in the clean room." Dilbert says, "What if I click 'Cancel'?" Ted says, "That's what killed Carl." Ted says, "Anyway, that's all I know. The rest is just common sense." 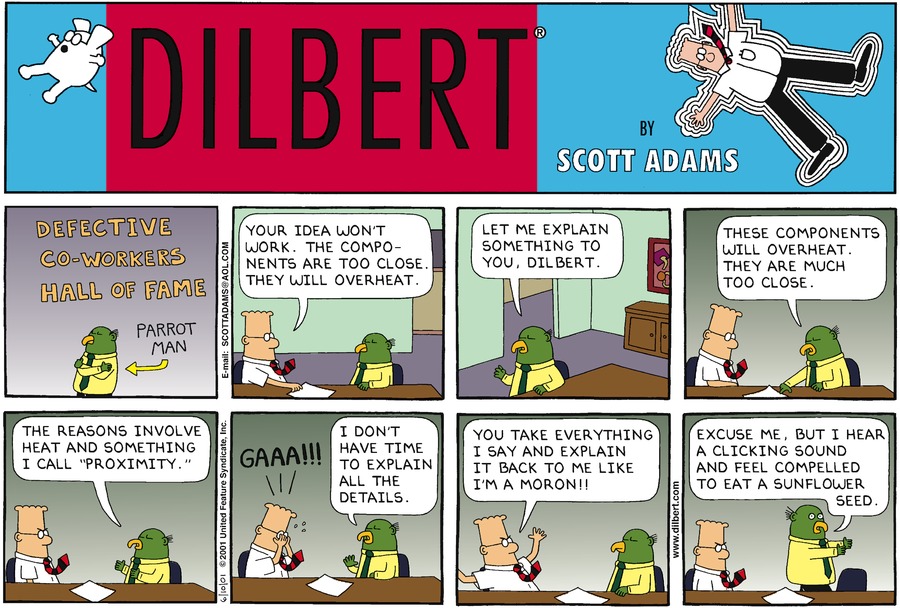 Dilbert sits across from Parrot Man and says, "Your idea won't work. The components are too close. They will overheat." Parrot Man leans back and says, "Let me explain something to you, Dilbert." Parrot Man points to a piece of paper and continues, "These components will overheat. They are much too close." Dilbert is angry as Parrot Man goes on, explaining, "The reasons involve heat and something I call 'proximity'" Dilbert puts his hands to his head and screams, "GAAA!!!" Parrot Man says, "I don't have time to explain all the details." Dilbert throws his hands up and yells, "You take everything I say and repeat it back to me like I'm a moron!!" Parrot Man suddenly stands up with his arms outstretched in a trance-like state and says, "Excuse me, but I hear a clicking sound and feel compelled to eat a sunflower seed."