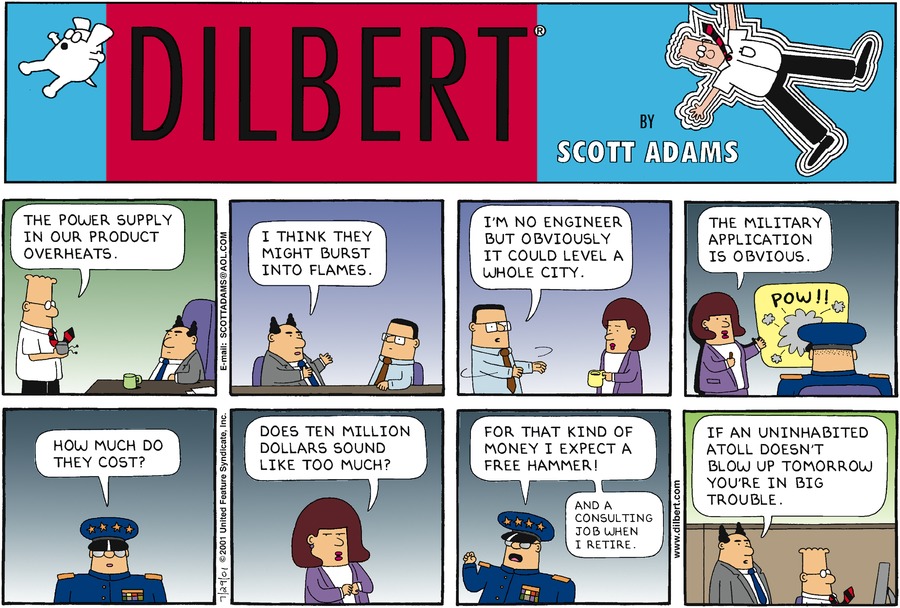 The Boss is sitting at his desk. Dilbert enters and says, "The power supply in our product overheats." The Boss turns to an employee seated next to him and says, "I think they might burst into flames." The employee approaches a businesswoman and says, "I'm no engineer but obviously it could level a whole city." The businesswoman motions towards a diagram of an explosion that reads, "POW!!" She says to the seated military officer, "The military application is obvious." The military officer asks stoically, "How much do they cost?" The businesswoman answers furtively, "Does 10 million dollars sound like too much?" The military officer raises his fist in protest and exclaims, "For that kind of money I expect a free hammer! And a consulting job when I retire." Dilbert is sitting at his desk in front of his computer. The Boss approaches from behind and says, "If an uninhabited atoll doesn't blow up tomorrow you're in big trouble."