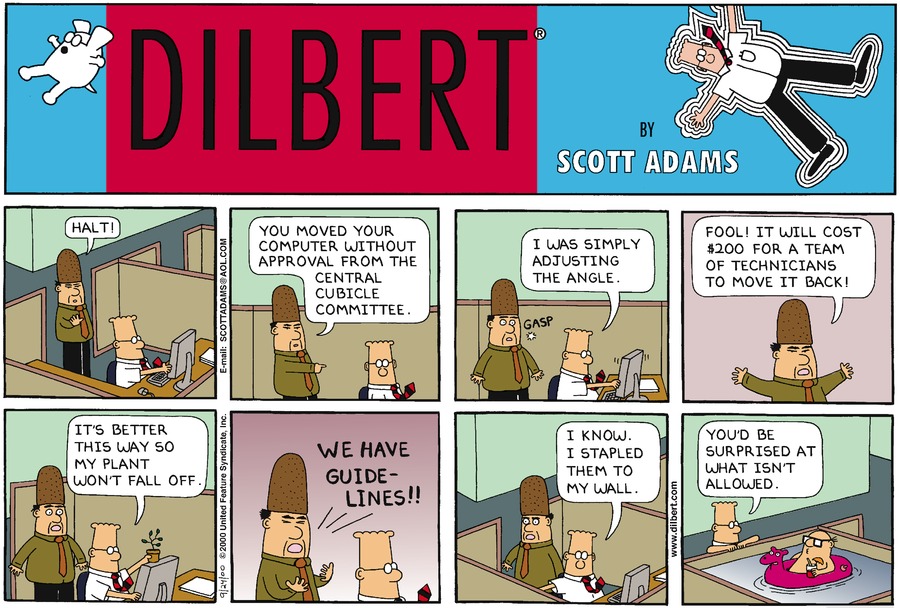 Dilbert sits in his cubicle adjusting his computer. A man with a strange hat comes in and says, "Halt!" The man continues, "You moved your computer without approval from the central cubicle committee." Dilbert touches the computer screen again and says, "I was simply adjusting the angle." The man in the strange hat gasps. The man throws up his arms and says, "Fool! It will cost $200 for a team of technicians to move it back." Dilbert holds up his plant and says, "It's better this way so my plant won't fall off." The man looks on appalled. The man screams, "We have guidelines!!" Dilbert says, "I know. I stapled them to my wall." Wally sits on float in his cubicle, which is filled to the top with water. Dilbert says, "You'd be surprised what isn't allowed."