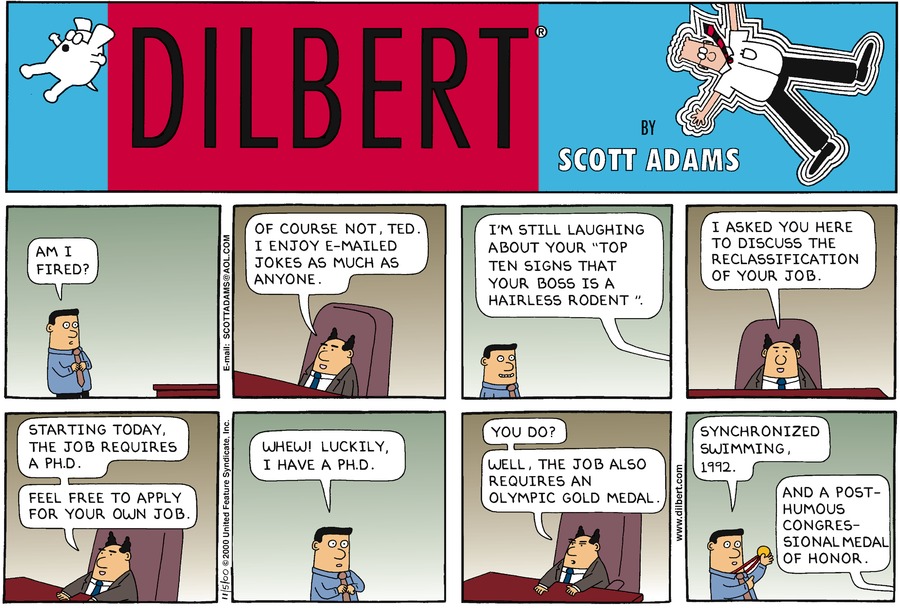 Ted asks, "Am I fired?" The Boss, sitting at his desk, answers, "Of course not, Ted. I enjoy e-mailed jokes as much as anyone." Ted smiles as The Boss says, "I'm still laughing about your 'Top Ten Signs That Your Boss Is a Hairless Rodent'." The Boss says, "I asked you here to discuss the reclassification of your job." The Boss says, "Starting today, the job requires a Ph.D. Feel free to apply for your own job." Ted says, "Whew! Luckily, I have a Ph.D." The Boss says, "You do? Well, the job also requires an Olympic Gold Medal." Holding up the medal around his neck, Ted says, "Synchronized Swimming, 1992." The Boss says, "And a posthumous Congressional Medal of Honor."