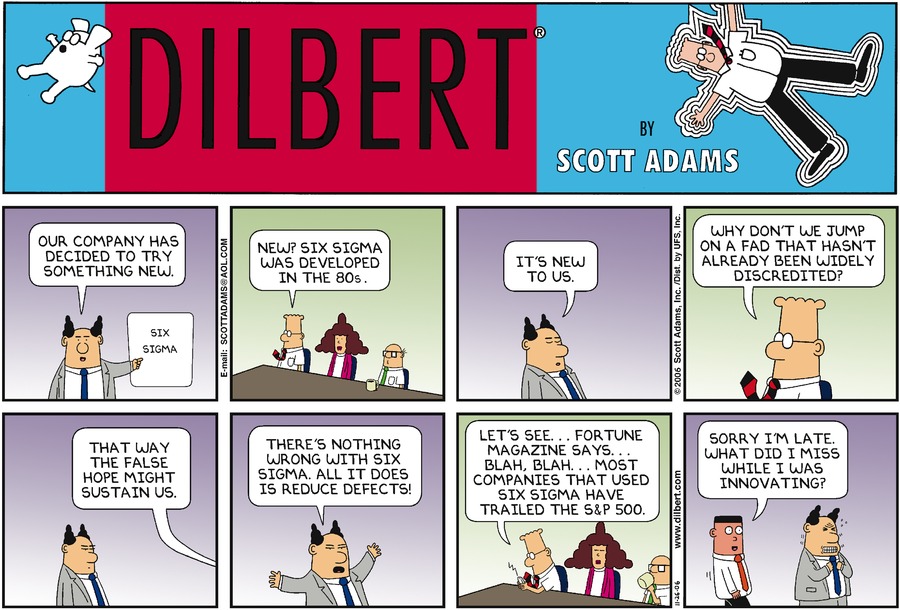 "Our company has decided to try something new." Six Sigma "New? Six Sigma was developed in the 80s." "It's new to us." "Why don't we jump on a fad that hasn't already been widely discredited?" "That way the false hope might sustain us." "There's nothing wrong with Six Sigma. All it does is reduce defects!" "Let's see...Fortune Magazine sys...blah, blah...Most companies that used Six Sigma have trailed the S&P 500." "Sorry I'm late. What did I miss while I was innovating?"