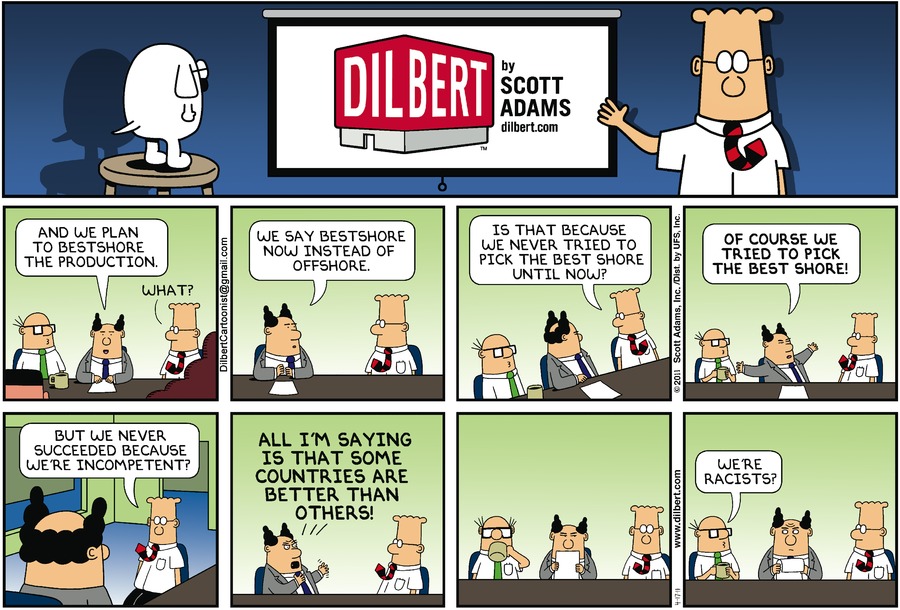 Boss: And we plan to bestshore the production. Dilbert: What? Boss: We say bestshore now instead of offshore. Dilbert: Is that because we never tried to pick the best shore until now? Boss: Of course we tried to pick the best shore! Dilbert: But we never succeeded because we're incompetent? Boss: All I'm saying is that some countries are better than others! Wally: We're racists?